Dr. Poole: The most Amazing Eco tour on Moorea.

At the core of scientific study and exploration is the desire to understand worlds for which Man is not naturally adapted to fit like space or the depth of the ocean. In his quest, the researcher is driven by a profound curiosity to explore, understand, gather new facts … by a passion for knowledge and the search for the truth, his goal as a scientist being to improve the existence for man, the world and it's living creatures. In French Polynesia and more specifically in the field of marine biology, the man with such a profile is Dr Poole.

Michael Poole is an american marine biologist with an extensive academic background who since 1987 has been studying marine life on the island of Moorea. This is his home, his life, his passion. His research has focused primarily on spinner dolphins and humpback whales - In 1992 he founded the boat-based Dolphin & Whale Watch Eco Tour which enables visitors to share a moment in the lives of these amazing mammals. Anyone taking the tour will have the privilege to observe, learn about and photograph them, all the while discovering the astounding beauty of Moorea. The tours have been featured on major media channels including National Geographic, BBC, Discovery Channel and Animal Planet, and everyone agrees this is most informative, adventurous, environmentally sound and exciting water-based excursion in French Polynesia!

As a scientist pushing for a better world, Dr Poole's most significant success came in 2002 when the government of French Polynesia finally agreed to create a Whale & Dolphin sanctuary within the economic boundaries of the entire zone, making it one of the largest marine santuaries in the world.

Michael is married to Mareva Tepau, one of Tahiti's best traditional dancers. They have two sons, Temoana “The deep blue sea” and Tearenui “The great wave”. This is a story of love, passion and life commitment … a most inspiring tale about decrypting nature to conserve one of it’s many jewels. So if the wind of life brings you close to it’s shores, make sure that you don’t miss the eco tours of Dr Poole on Moorea!

4 hrs
Pick up from your Moorea Hotel
Dr. Poole and his team of naturalist will take you beyond the reef to meet and observe the wild marine animals in their natural habitat. Some of the year round residents are acrobatic spinner dolphins, pilot whales, sea birds, sea turtles and flying fish. Giant humpback whales frequent these waters from July to October. If conditions are right you can slip into the water with the mask and snorkel and observe animals under the water. Besides amazing marine life you will have an opportunity to see and photograph the dramatic and spectacular beauty of Moorea and the team of naturalist will share their knowledge with reference to the islands of French Polynesia.
Complimentary fruit and juice are offered during this tour. 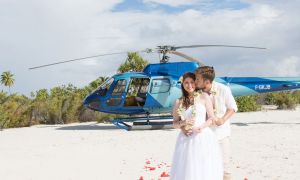 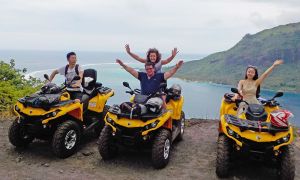 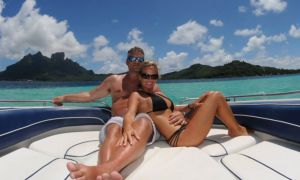 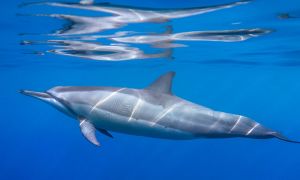 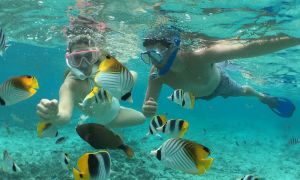 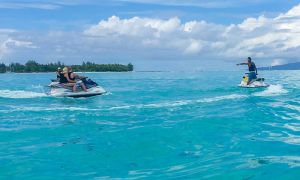 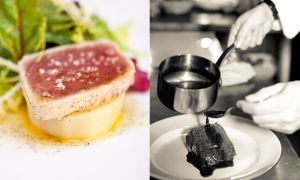